True and the Rainbow Kingdom

OK, so you probably know True already, because she's big on Netflix. Craig and I got invited to work on the first season after nobody died during Justin Time GO! (also for Guru) and WOW... I mean, I saw these designs a few years before everyone else, and I've been literally biting my tongue about 'em ever since. THE most gorgeous show ever made, and full of wit and heart, too!

It's the kind of show that could only come from Guru, really. They are laser-focused on making the best content, period. That sounds like I'm sucking up (and I am, too) but it's actually 100% accurate. Guru makes awesomeness. A++ would write again.

Here's what they have to say on their website about True:

True and the Rainbow Kingdom follows 8-year-old True, and her hilarious best friend Bartleby the cat, as they come to the rescue of Rainbow City’s whimsical citizens. True is the only one that can unleash the power of the Magical Wishes from the Wishing Tree in order to set things right and keep all the residents in the Kingdom safe. 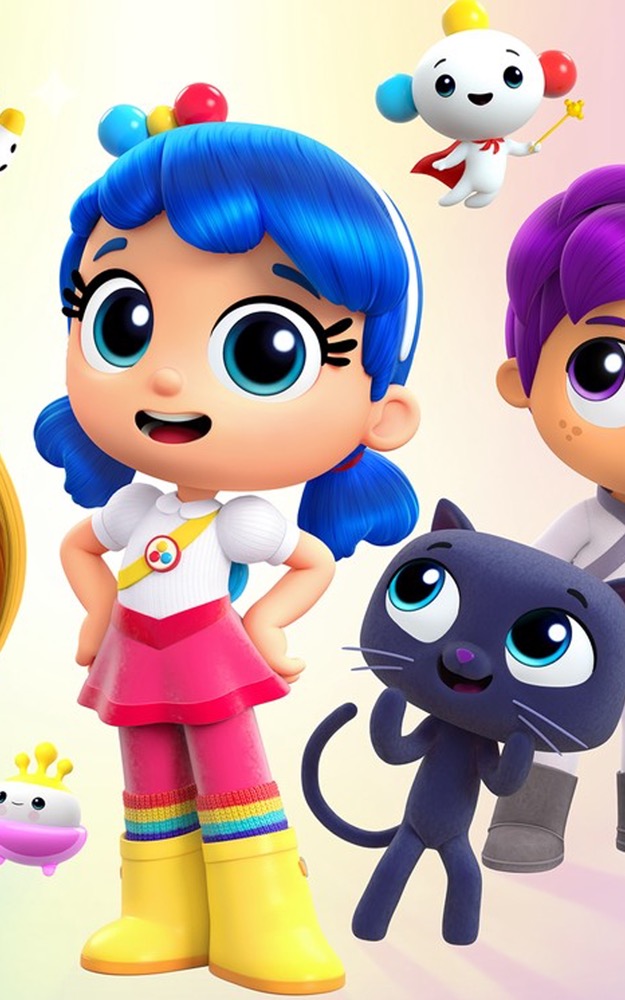