I don't have much time to read anything these days, but this week I found myself with some non-wired time to kill, so I decided to read Audrey Niffenegger's Her Fearful Symmetry, a book I've been desperate to see.

For those that don't know, Ms Niffenegger's first book, The Time Traveller's Wife, is almost the perfect science fiction book... there's a logical foundation that serves as an engine to the human drama that drives the story. It's brilliantly constructed, beautifully written, and I don't think I've met a single person that hasn't fallen in love with it. There are very few books I would blindly recommend everyone read, but that is definitely one.

That said, Symmetry is one of the biggest let-downs I've had in literature in a very long time.

Here's the thing: this book could be great. It could be brilliantly constructed and beautifully written and everything that I wanted it to be, but it needed a few more drafts to get there. At the halfway mark, I was getting impatient with the story, but I held out hope that it would all make sense at the end. By the last quarter, I was becoming less and less sure. And when I finished the last page, I slammed the thing shut and threw it across the room. I never do that. But it pissed me off that much.

Since it's a favourite practice of editor/agent blogs to pick apart Golden Rules That Were Broken, I've decided to list my biggest complaints here:

If you look at it, each of these issues could be corrected, and I'm sure the book would have been much better as a result. Another draft or two, a bit of a re-jigging, and it would have been just as great as I hoped it would be. But somewhere, someone dropped the ball. You could argue the author did that, turning out something this un-focussed... but in the end, the author needs good feedback to see their mistakes. I got that on The Vector, and it's helping me improve it in version 2. But here you have a best-selling author on her huge-bloody-advance second novel, and somehow she slipped through the cracks?

Traditional Publishing advocates, here is my concern: you say the problem with self-publishing is there is no editorial control. Yet this book is a disgrace. It undermines your argument so badly, it actually makes me sad for you. You're offloading marketing onto authors, you pay slimmer royalties than self-publishers get themselves, and now it appears you've given up any semblance of editing whatsoever. If you're not going to tell one of your beloved authors they need to take another crack at their manuscript, WHAT GOOD ARE YOU DOING? Sure, you caught the typos, but that's nothing. Anyone can catch typos. You belittle self-publishers for these things, and you let this go out the door? You're mind-numbing hypocrites. Or worse yet, you're slacking off when you're under pressure, and making your own problem worse.

To all those professional reviewers who praised this book while refusing to review self-published work, let me say this: it's not "literary" if it's poorly-written. Sloppy prose is not a feature, it's a bug. If this is acceptable to you, stop being snobs about the brand on the spine, and start reviewing more broadly, and learn what good writing you're missing. Start with Kristen Tsetsi's Homefront. It's a damn good book, and you're ignoring it, chasing after crap like this.

If I did stars, I would give this one star out of five. One character's (unrelated) story makes it bearable in retrospect, but otherwise, you should avoid it at all costs. 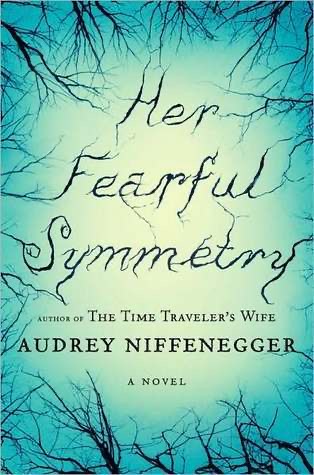