Book Preview: Poke of the Titans

One of the things I'm working on right now is the third book in the SteamDuck Chronicles series, called "Poke of the Titans". When I started, all I had was a title that I was determined to incorporate somehow, and I have to say it took a lot of work to do that.

The book will probably come out in early-to-mid January (I'm still drawing the pictures), but I wanted to share the first page:

As it happened, Andrew Carnegie’s flying locomotive did run out of coal before they cleared Ohio, but luckily, Archimedes was able to save the occupants of his cabin by using the support staff as cushions. Few that day would doubt his bravery, though to be fair, few that day would survive.

“Three hundred an’ nine,” counted off Finley the telekinetic fish as a short woman finished dropping 900 feet and became substantially shorter on impact, “Those life boats don’t work at all, do they?”

“Don’t work?” gasped Archimedes, “Wooden dinghies are not meant to work on anything but water, Finley!”

“I would think not,” said Archimedes, “Still, no harm done. Just another modest reduction in the world’s criminal underclass. Come, let’s see if we can’t find a gentlemen’s club to retire to!”

And it goes from there. It's four pages longer than the other two books, but I expect it will sell for the same $4.99 price tag. Stay tuned for more developments. 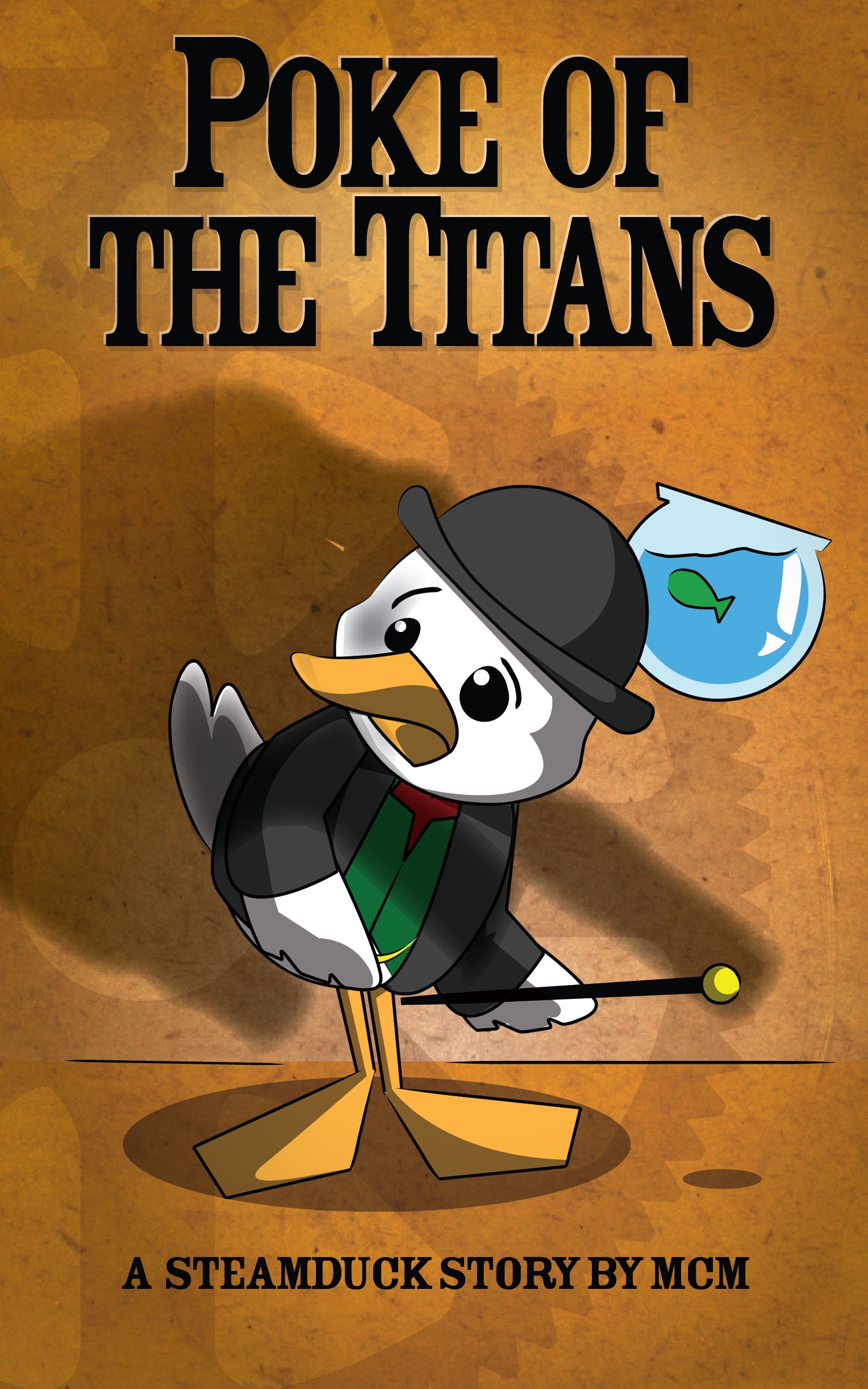