Originally, I wanted to post my Pastafarian parody of Dan Brown's "The Da Vinci Code" in honour of Talk Like a Pirate Day, but then I chickened out because it was too silly.

Then I stupidly mentioned the fact that I was not doing what I wanted to do, and felt even dumber than usual. So I went through the book (as rough as it was) and started cutting out things that were stupid. In the end, I only have 56 pages left, or really just the first third of the book.

All the same, it has pirates, faith, and Germans, and you may find it interesting.

I dunno if I'll ever finish it, but at least you got to see it before I burned all copies! 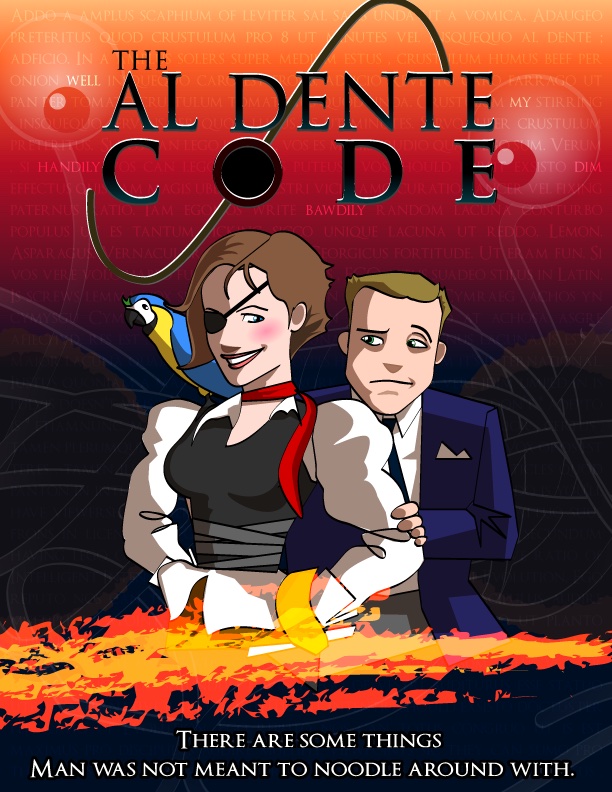