Hello and welcome to the very first entry of a new series where I interview smart people and try to extract brain juice from their answers. Early experiments have proven fruitful, though not all the subjects survived.

Here, then is** Jiro Okada**, a brilliant writer, producer and Daytime Emmy-nominated story editor on such shows as** Justin Time Go!** and True and the Rainbow Kingdom. He also happen to be the coolest person on the planet.

Let’s get down to business.

What is the actual role of a Story Editor, as far as you’re concerned?

I can’t quite summarize this in a single sentence, so… here’s my best shot!

At the ‘macro level’, the Story Editor is the go-to person for everything to do with character and story at script stage. This starts from selecting the right writers for the show (it’s VERY important to ‘cast’ writers with strengths/personalities that complement the project). Then there’s vetting story pitches to ensure they’re on tone and appropriate for the ‘story world’ of the show. We often discover new aspects of our characters as stories take shape, and the SE needs to discern whether it’s in line with all the ground work that’s been laid in development. Of course, the SE doesn’t work in a bubble so there’s a lot of discussing with all creative stakeholders. (creator, executive producers, broadcasters, director, etc.)

Ultimately the SE is accountable for everything the writers are doing, so you’re basically the gatekeeper between the high-level decision makers ‘above the line’ and those of us who slave away at our laptops in makeshift ‘home offices’ (aka cafes or pubs for those who are REALLY honest).

At the ‘micro level’, the Story Editor massages dialogue, does punch-up passes, tweaks staging, screen direction, etc. to ensure it’s all within the tone and production constraints of the show. At the same time, they need to be able to give writers enough room to play and bring their own voice to the show. And of course, there are NOTES. Lots and lots and lots of notes… the SE sifts through all of the feedback and weeds out anything that’s conflicting and guides the writer to take the script to the finish line.

So, all that do say… the role of a Story Editor is to be a superhuman who happens be, like, sorta good-ish with words ‘n stuff.

You’re currently SE-ing “True and the Rainbow Kingdom” for TVO/Netflix. What are some of the quirks of that show, as compared to others?

For starters, this is a preschool show with a 22-minute format, which is very unique. It opens lots of possibilities for action, comedy and pacing for bigger dramatic arcs. But it’s a double-edged sword because the stories still need to be clear enough for our young audience. It’s been a really fun challenge!

The world of the Rainbow Kingdom is really fantastical, which is SUPER fun. There are so many opportunities to just let loose and do things that break the ‘rules’ of typical preschool shows. At the same time, we need to be mindful of finding relatable reference points for preschoolers, which sometimes can be challenging in a world that is so different than a child’s reality.

You came into writing from the production side of things; how do you think that changes your approach to being a Story Editor?

I tend to be hyper aware of production needs (i.e. schedule and complexity) so having that experience as a producer is definitely handy. It allows me to be diplomatic with those who are accountable for the bottom line. In terms of my creative approach, my experience with voice records, editorial sessions, design reviews, animation screenings, etc. has really influenced how I visualize scenes in my mind when reading and writing scripts. It’s been an amazing experience working on in-house projects where I’ve been involved with every single aspect of production. I can’t think of a better training ground for writing and story editing.

What makes a good episode pitch, for True or just in general?

Preschool shows in general require clarity, and this is especially the case for True because there are so many pieces to the show. Every good pitch has a crystal clear theme, a strong emotional arc, and it should immediately inspire you to begin visualizing your characters in the context of the story. That’s what I’ve learned about pitching in general — your job as a writer is to INSPIRE others. If you nail a pitch, it’ll leave the reader excited and thinking of ways to ‘plus’ the episode. Instead of notes full of “but’s” and “why’s”, you’ll get enthusiastic comments with positive suggestions of, “AND we could do THIS!” If you’ve done your job right, every other stage of production gets to focus on their individual craft to make every element of the episode shine, instead of dealing with ‘fixes’.

Hmm… Let’s try setting it in the ‘upside-down’ equivalent of the Rainbow Kingdom and we’ll talk further. =)

We’ll end it there for today, because I have to go write my spec for** Stranger Rainbows**. Stay tuned for Part 2 of the interview.

Jiro has forged a diversified career path during his eight-year tenure with award winning Guru Animation Studio in Toronto. He was an integral part of Guru’s production and creative teams as he juggled responsibilities as Executive Story Editor, Producer and Writer on various productions including JUSTIN TIME (Netflix, Family Jr.), PAW PATROL (Nick Jr., TVO), DINOPAWS (Treehouse, Cbeebies, CBBC) and TRUE AND THE RAINBOW KINGDOM (Netflix). 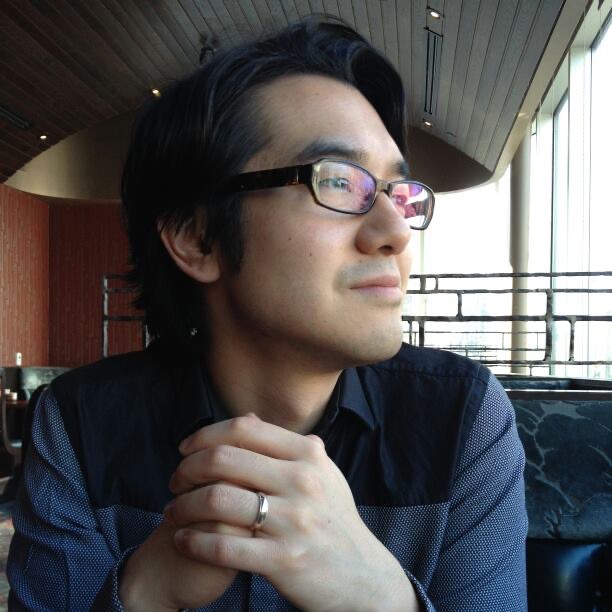