The Nevers and Joss Whedon's Shadow

MCMSunday, April 11, 2021
This post is the opinion of a straight white cis male on matters that deal with identity and experiences I haven't personally lived. As per my opinion policy, this is not meant to supplant more-relevant insights into these matters. If I am able to contribute something, cool. If not, feel free to ignore.

I've been an occasional Joss Whedon fan. I was never much into Buffy, and I only saw Firefly after the fact, so he didn't have the same godlike status in my mind that he did for a lot of people. When Dollhouse was announced, I remember thinking: "Aha, now I can get in on the ground floor!", only to be kinda in and out of love with the result. He obviously had a gift for dialogue and twisty plots, but never quite to the degree that his legend would suggest.

Whatever Whedon touched turned to gold, basically, in the minds of many of his fans. His very presence made things good, even when the execution didn't necessarily match the expectations. People were blindly loving his work (and usually anyone involved with it, too).

And cool, that's what fans are all about. It's not logical, it's emotional. I totally get that.

But now that it's pretty well established that Whedon is kind of a terrible human being, people are reconsidering their love of him and the works he's produced. Suddenly, Firefly isn't a flawless work of art anymore, but a near-heretic piece of faux-feminist garbage; Buffy isn't just not cool anymore, it never was cool, and anyone who said otherwise is clearly a degenerate. Hating Joss Whedon has become just as trendy as loving him had been.

And, again, cool. Someone who does what he's alleged to have done doesn't really deserve the pedestal he's been perchin' on these last 20 years. Should we "cancel" great artists for their personal flaws? That's a whole other issue, and for now I'm gonna boil it down to a simple: "yup!" In my opinion, Whedon shouldn't be making any more movies or TV shows or even YouTube videos until he learns to treat others with kindness and respect. I think kindness and respect should be the baseline for anyone existing outside their covid bubble, and especially for those who are in a position of power.

However, I have this terrible feeling the Whedon Hate Train has become just as blindly deranged as the Whedon Love Train — with people tagging everything he touches as garbage out of the gate. Take, for example, this review on Mashable where Alexis Nedd says:

Thus outlined are Joss Whedon's creative sins with respect to The Nevers on HBO. This show is derivative, self-plagiarizing, and boring. Whedon's personal sins are greater and more pressing. Since 2017, when his ex-wife Kai Cole penned a letter accusing him of using his credibility as a "feminist" showrunner to manipulate women and engage in numerous affairs, the trickle of information suggesting the fan favorite director is abusive and dangerous has become a flood.

The review reads very much like someone who (again, very appropriately) hates the everliving crap out of Whedon, but seems to be having a hard time not letting that hate colour their impression of The Nevers. Just like Whedon was never infallible before, it's also unlikely he's completely talentless now. Bad people can write good scripts. You can hate the man and love the words, especially when it's in a filmed medium where so many other people have a hand in its production.

Why does that matter? Look at the fallout: yes, you hate Whedon, so you light his new show on fire in the press. The bad word of mouth tanks the series — regardless of whether or not it deserved to be tanked, quality-wise — and suddenly the cast and crew are collateral damage. Some won't get another shot to star in a series because of that — not the white male cast, mind you, but the women and POC. They'll be saddled with this failure for years.

Worse yet, I worry this is going to muffle the Me Too movement in the industry. There have already been grumblings about it in other contexts: if you speak out about a headline director/producer/whatever before the run is finished, people will boycott the show to hurt the offender. But then you are responsible for damaging the livelihoods of everyone involved, creating a lot of enemies in the process. The obvious solution is to grin and bear it until you're done with the series — except then the offender has potentially years to walk free and wreak more havoc.

This isn't theoretical: there are actors out there right now, watching very closely to see how things like this play out. If they see a good show crash and burn because of the bad behaviour of its creator, far too many of them will do the logical thing and keep their mouths shut when they really shouldn't.

Now, if The Nevers really is a flaming pile of garbage, then that's a whole other matter. But regardless, responsible reviews of this show shouldn't be framed as Joss Whedon hit pieces -- as blindly hateful as his earlier reviews were blindly gushing. If the show sucks on its merits, judge it on its merits. Whatever you do, don't burn down the family home because the father is a bastard.

Update: Watched it and it's a fun and silly show that really truly doesn't deserve the vitriol of that review. Once more, Whedon = terrible, but the folks making this show deserve kudos for what they've accomplished. 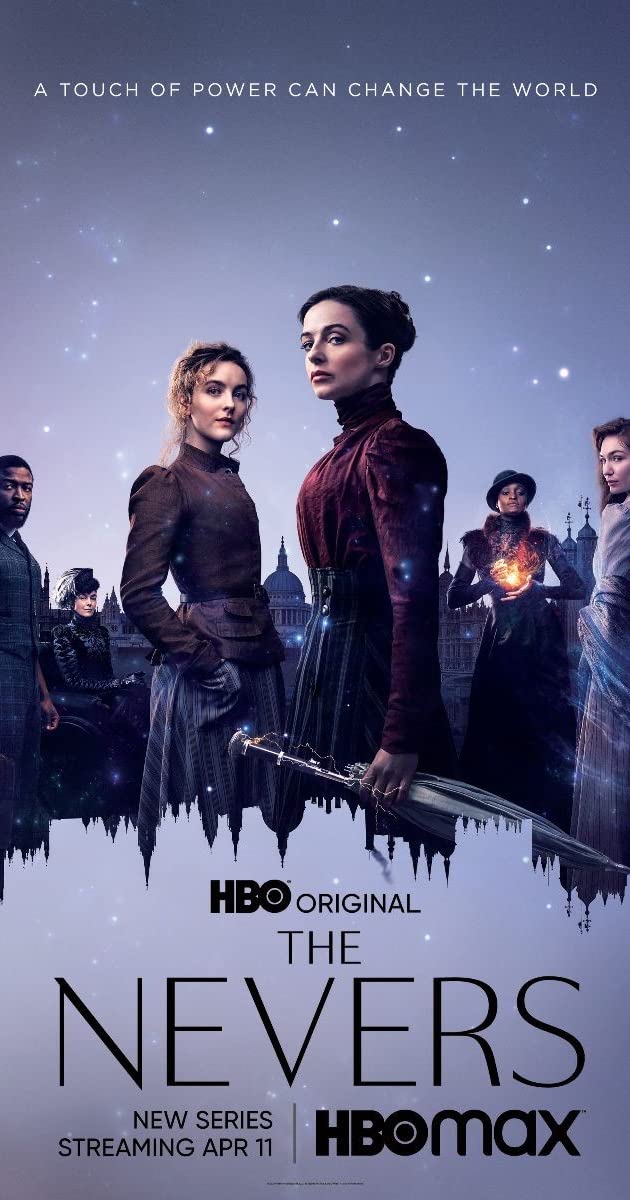