I'm releasing twelve books in twelve months, and explaining the process as I go. I do postmortems 1, 6 and 12 months after each book's release, to give you a sense of how things are going, and what worked and what failed. This month is TorrentBoy: Zombie World!, part of my new open source franchise.

The Plan
I wanted to write a book that was the same kind of mind-candy popcorn entertainment that I do with RollBots, except in print form. And I wanted to do something USEFUL with the project, getting closer to my Free Culture roots. So I decided to write the first TorrentBoy novel, and then make the concept all open source, so anyone and everyone could join in. Once again, I went with Lightning Source for printing and distribution, setting it up as a 136-page book at 5"x8", which is pretty much a standard length for the target demographic. It was tested heavily with kids in that age range, and not only was it well-received, but I have been getting regular requests for sequels for the last month. I had a rough web system set up to handle the open source angle, and was ready for business at the end of March. It was going to be interesting, but I didn't anticipate HOW interesting...

The Goals
I wasn't sure what to expect with this one. For people to write about TorrentBoy, they had to READ about him, so it was very likely the free PDFs would eat up all my sales. I was fine with that, though, because the project is more potent that way. Since I thought I'd be doing a repeat of the Pig book, having a top-heavy ratio of downloads-to-purchases, I was optimistically hoping for 20 copies sold in the first month. I need to sell 52 print copies to break even, so 20 is a good start.

The Pricing Structure
Printing with Lightning Source (LSI) is really good for books like this: for 136 pages of no-colour, each unit costs $3.00 to produce. Using the same 40% markup for Amazon and/or Indigo, which on a $7.99 book is $3.20. All figured, each copy earns me $1.79. It was important to me to keep the price for this book in line with other books of its type (Bakugan books tend to be shorter with bigger text, but close enough to measure by).

eBooks are priced pretty simply: take the print cover price and remove the production costs, leaving me with $4.99 per copy. You can get the PDF or the ePub (or both, really). Since I sell the eBooks myself, I get to keep the entire amount. When I get on Shortcovers, I'll lost a percentage of that, but it'll still be more profitable than print.

The Other Costs
I had no press release again, and no paid marketing at all. I had my set-up costs at LSI, which were $92.88. I didn't even make a trailer for the book itself, just for the TorrentBoy project. I got a few extra copies printed for the alpha testers, which came to $19 in extra costs.

The Results
I honestly didn't expect TorrentBoy to do too well in its first month. It's a very long-term project (if you consider it takes the average person months to write a 140-page book, odds are we won't see our next TorrentBoy story out until the end of May at the earliest). And because it's billed as an "open source" project, I assumed I wouldn't be seeing many sales.

Boy was I wrong. Thanks to a post on TorrentFreak, the download rate for the book shot up to insane levels. Thus far, we're at a little over 120,000 downloads for the month, with another hundred or so added every day. I don't have day-by-day numbers this time around, but I think the majority of those downloads were in the first 5 days of release. A very good showing for something with no real following.

Purchases have been amazing as well. Print-wise, there have been 71 sales, bringing in $127.09 in profits (TorrentBoy is my first returnable-by-bookseller title, so I don't really get to count those 71 sales for a few months yet, just in case). eBook sales have been... well, they've been insane. 392 ebooks sold, totalling $1,762.19 (after PayPal fees). My primary market is still kids, but it looks like TorrentBoy has a good following with techno-literate "others" :)

I also got five donations totalling $57.00. Donations seem to be the method of choice for people that want to pay me more for the PDF than my system allows. If only there were a reliable way to let someone pick a price point ABOVE a certain amount. Like a tip on top of the base price. I bet I'd see a decent amount of usage from something like that...

Added all up, the profits for 30 days of TorrentBoy are $1946.28. Take off the one-time fees, and it's still a profit of $1834.40. This is easily my most profitable title, and in the shortest amount of time. If I could replicate this for every book I do (once a month), I'd be earning a living. A flimsy living, but y'know...

(oh, side note: as per the TorrentBoy Project specs, I give back 20% of what I earn so that the Project can help others too. So this first month has left the Project with a surplus of $389.25, enough to produce-from-scratch three more books!)

Lessons Learned
Again, word of mouth saved me on this book. If TorrentFreak hadn't picked up the story, I wouldn't have had nearly as much traffic, and I wouldn't have sold even a tenth of what I did. It also answers (for me) the question: do bittorrent fans pay for what they consume? Yes, they most certainly do. I'm so proud of you filthy pirates! Golly!

Will I get another chance like this again? Not likely. I may get some repeat business from a second TorrentBoy book, but it'll never have the same novelty again. But at least the ideas are out there, and I'm hoping that some of the follow-up media (produced by someone other than me) will do some damage as well.

What I really learned from this? As silly as it sounds, I love stunt-releasing. I love thinking up something odd and fantastic that has never been done before (or never done quite like this), and creating around it. TorrentBoy hit a nerve because it was an open source franchise. The Pig and the Box was an anti-DRM fable in picture book format. I don't do as well with straight-up book launches, and I don't find them as much fun, either. This has led to a certain amount of anxiety about my later-in-the-year line-up, and forced a shuffling of my next few titles. I'll be announcing two very "stunty" projects in May.

Real Life Sucks
The other big lesson learned was that I don't have enough time in my days. Due to RollBots tapering off (and no second season forthcoming, at least in the short term), I have been rushing to do miscellaneous web projects to buffer my bank account... leaving me with very little time to (for instance) finish my TorrentBoy Project duties or cleverly pressure various contributors to release their stuff into the wild. The consequence is that "Percy's Perch" is already late, and I'm suddenly in danger of missing my October release. "Real life" is getting in my way.

This whole "12 books" project was never about earning a stable living off my work, because I needed to be able to experiment a lot, without fear of starvation if I do something wrong. On the other hand, I've started to make some hard decisions in my planning, to keep me from having an abysmal month like I did with Poke of the Titans. I'm obviously not a popcorn sociopath looking for the lowest common denominator, but I'm also not too much of a puffy artist-type, writing what I feel and damn the marketability! But I'm definitely starting to feel pressure to cater to my audience more, which worries me a bit. I like to surprise, not just deliver what you expect.

We'll see how it goes. I think my next few titles are pretty audience-friendly anyway, but I don't want to be boxed in, especially on this project.

What’s Next
In the next few weeks, I'll be releasing "Percy's Perch", which has a very cool side-project to it that I can't describe without giving away some of the fun. And then to make up for lost time, at the end of May I'll be kicking off something called "Fission Chips", which is another one of my big fat experiments that I hope you all will help me make great.

Lastly, I should note that we're coming up to the release of "The Vector", which is my Big Serious Novel. I am going to need reviews done ahead of time, so if you or someone you know is interested, drop me a line. It'll be a few weeks yet, but soon. 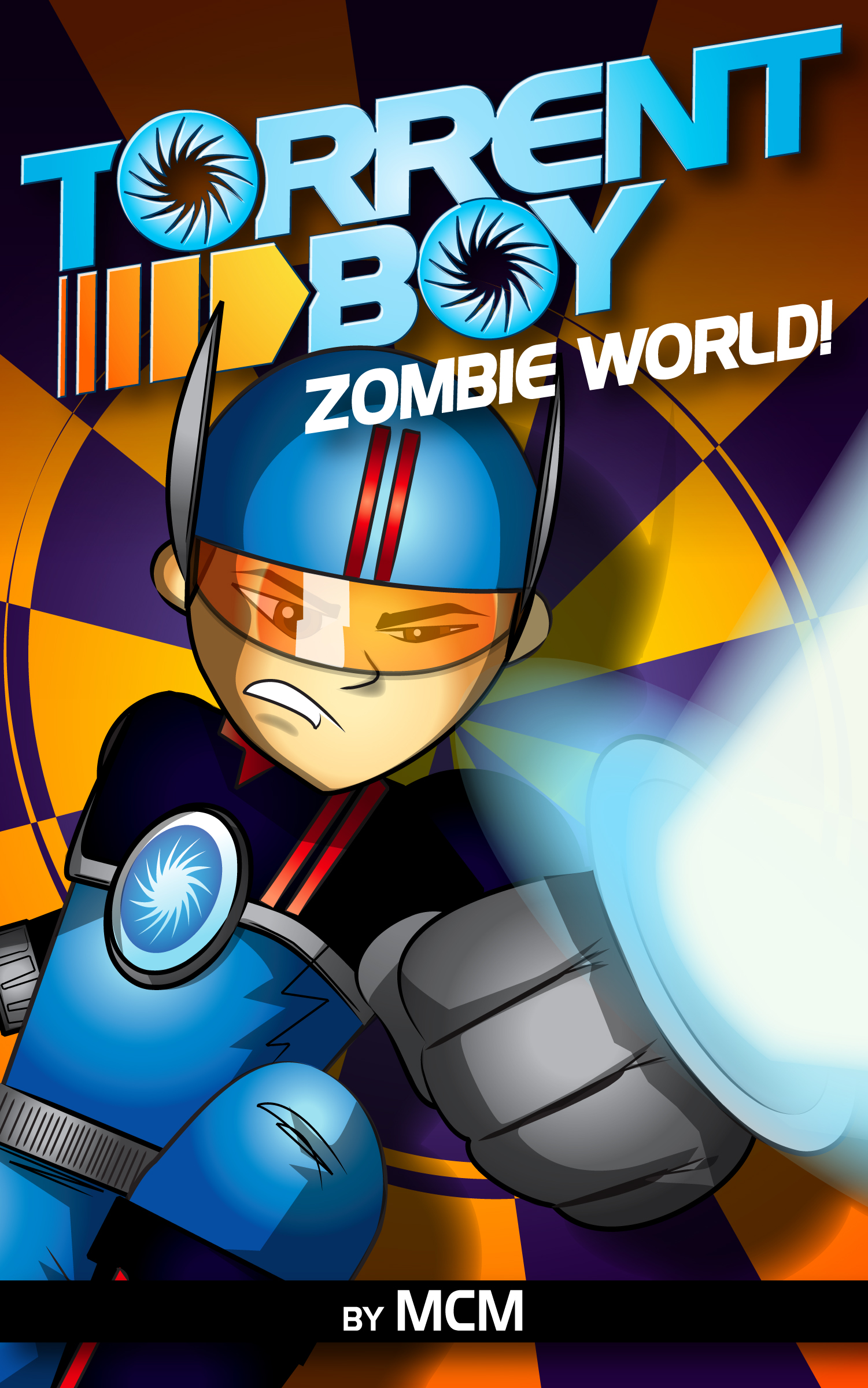