This will sound a lot more confused than it is. On RollBots, one of the writers is a cool guy named Mark Leiren-Young... he's made a movie called The Green Chain, which (to snag the text from IMdB) is:

The battle between loggers and environmentalists is defining, dividing and destroying communities in Canada and around the world. The Green Chain is a powerful, funny and thought-provoking film about the conflicts between people on both sides of the battle who love trees -- and are willing to risk anything to protect their personal visions of the forest, and our planet.

I haven't seen the movie, but based on Mark's writing and other performances, I'd say it's a fairly safe bet it's fantastic. He's got a knack for writing brilliant scripts :)

Other things to check out: a write-up in Slice of Sci Fi, the official blog, and the MySpace site...

When it comes out, see it. That's as close to an order as I can give to a group of disembodied entities reading a blog.

I shall now return to the dungeon. 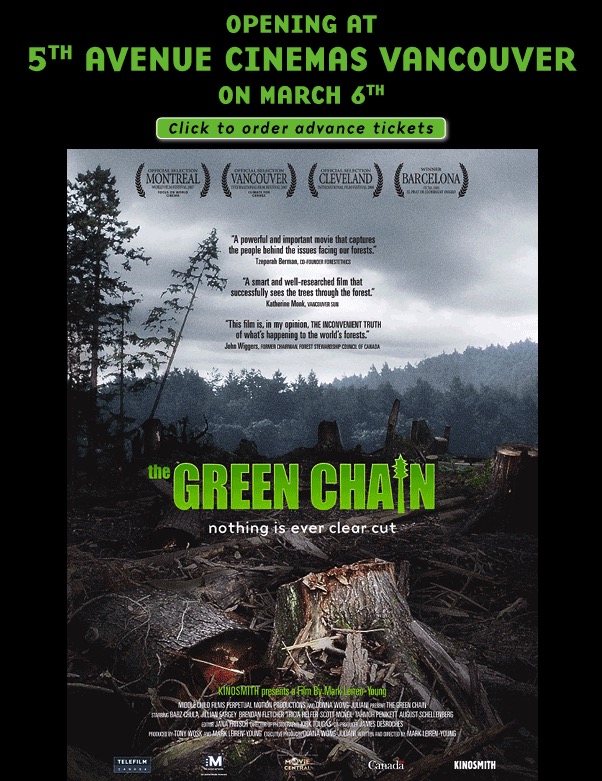