The first episode of The Anti-Anti-Anti-Christs is out and I've been collecting some feedback from people who've been playing along at home. I want to address some of the questions and concerns, because I keep hearing the same comments coming up.

This will contain mild spoilers for the first episode.

Is this a commentary on gender roles?

In a meta sorta way, probably, but not in the way a lot of people are assuming. Remember, if you have your hero as she/her and the villain is he/him, that was your choice, not mine. The way the villain berates the hero and treats her as lesser-than is baked into the story, but the power dynamics at play are entirely out of my control.

Likewise, some people were irked by the hero being male and his girlfriend being a bit of a lightweight (mentally). The tricky part for me was writing each character as a blank slate so that these moments would play equally well no matter how you assigned pronouns. The characters are distilled down to their personality traits and personal history, and anything to do with identity was carefully excised so that you could apply your own prejudices.

You just want to shame me for not wanting a lesbian couple.

LOL no, again, I don't have that kind of control. If you ended up with a lesbian couple and found that bothersome, you were free to change it. No one is judging you but you, because nobody but you knows what you picked.

That said (and this came up a few times with respect to the love interest) the character, in the definition block, is called "the lover", so you'd have to be willfully obtuse to not know what you were getting into. If you were curious and changed your mind, that's totally fine...but I would be asking myself a whole lot of introspective questions if that happened to me.

This is just PC propaganda

It is perfectly possible to configure this story to read like a 1990s action movie. Male hero, female love interest, and the rest of the cast is all male. You can give 'em Anglo-Saxon names, too, if you like. Again, this isn't pushing a particular viewpoint, it's pushing you to ask why you prefer the viewpoint you do. If you look at your choices and feel defensive about them, what does that say about how you feel yourself relating to the modern world? I don't say that in a judgemental way, but if you feel like you're constantly under attack because of your views, that's an interesting issue to unpack.

How does this all work, technically?

The system is basic, with layers of complexity. I'm trying to make it as extensible as possible, because eventually I want to be producing tons of work with this code. The text itself is written in simple markdown format, with the character names and pronouns marked out in [hero-fname] or [hero-zer] notation.

A processor then turns those tags into divs in HTML with data attributes connecting to the variable (hero, first name). When you change the character's name, javascript searches for all matching divs and updates the inner text accordingly. It's a bit more complicated with the pronouns, but not by much. The variables are stored in your browser's localstorage so they'll persist between sessions -- because you don't wnat to have to redefine all your characters every episode :)

What happens to the Kieslings?

This series is a lot like the show Person of Interest, where there's a case of the week every episode, with an overarching story that connects all the pieces more broadly. The Kielsings are only in this first episode — they get to live happily ever after now, or as close to happy as they can be.

Why would X do Y?

That, I'm afraid is something that will pay off later. You'll just have to wait and see.

Sorry! Time's up! Gotta get back to writing! 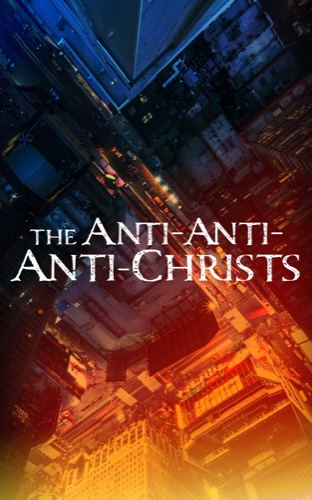